Savor Dharamshala in One Bite

Savor Dharamshala in One Bite 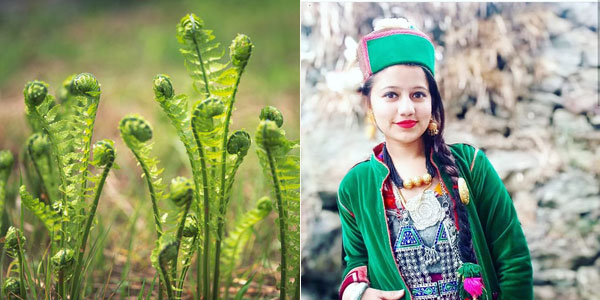 A visit to Dharamshala isn’t complete without immersing oneself in the culture of its mountain folk especially the Pahadi cuisine. (“Pahadi” is folk for those who hail from the mountainous region of the Kangra valley.) While there are many delicious dishes to be savored in Dharamshala, the one we reveal today is truly rooted deep into the mountains and culture.

First up, I have to take you back to childhood to share my novel experience with the “One bite,” of this mysterious food, which I will soon reveal.

As a child when I visited Dharamshala, I would often watch village folk hard at work. It got me thinking- where does their strength come from?  Was it simply the fresh mountain air, the food or the exercise! Perhaps what they breathe and what they eat really does wonders I concluded. I’m sure it would surprise many to watch the village women carry wood and haystacks on their backs each day as they traverse the giant Himalayan Mountains collecting exotic mountain herbs and vegetables.

One day as a child, I witnessed a similar scene. I got a little closer and started chatting with of the mountain ladies. She let me peep into her bag of goods. I wondered what mysterious plants they had collected from the Himalayan terrain and enquired. The lady smiled and picked out a funny looking vegetable that seemed quite erect at the stalk until it curled like a spiral near the tips- a fiddlehead. It was a floppy dangly sort of vegetable.

“Lungru,” (Fiddlehead Fern) she called it and laughed. I too joined in the laughter at its apt name- for in hindi that means one who is crippled. Soon we parted ways, but she invited me to a meal after a few days as she would prepare a special pickle and also cook part of it as a vegetable. When time came, she ushered me into a small room with a few more ladies who looked as though they had sneaked in a break from their work to have a little “Lungru” party. I was delighted and joined them. With nothing but some “roti” (an indian-style wheat tortilla), I savored in the slightly tangy flavor of Lungru, and thought it was one of the best vegetables I ever tasted (for as a child vegetables in general were not delectable). And that was my first experience with this mystery food.

So how does this much-loved vegetable stay so local? Well, it has a lot to do with the climate and region. It is not the sort of vegetable to be found in just about any part of the world leave alone the rest of India. It requires a certain temperature and range to flourish. Lungru grows in the mountains. The Dhauladhar mountain ranges extend from Dalhousie in northwest Himachal to Badrinath in Uttarakhand (In Uttarakhand, it is called “Lingra.”). The ranges pass through both the Kangra and Kullu valleys by the River Beas, which flows into the Arabian Sea. It is in Dharamshala that one may experience the full glory of these lower Himalayan ranges- especially its vegetation.

Dharamshala is located in the Kangra Valley of Himachal Pradesh. The same mountain ranges that make up Mt. Everest go through here- except they are known as the lesser Himalayan range or “Dhauladhar.” They range from 9000 to 20,000 feet in height and are surrounded by pine and deodar forests.

The ranges at Dharamshala are unique in their appearance as they are rise sharply as they peak. They unveil a striking contrast of dark granite rock against snow. In the Autumn and winter, the mountains are covered in a blanket of sparkling white snow. In the summer, it seems as though someone lightly sprayed the peaks with white paint, as the snow melts quickly, filling the gurgling valleys with flowing water. It is during these warmer months including the monsoons that the “Lungru,” vegetable finds a few favorite spots under the melting snowline to grow and prosper. The Pahadi villagers then go into the forests to pluck out and collect this vegetable, also bringing it down to the plains for many more to enjoy.

Prepared in the hill style, it is a treat of love from beneath the snowlines to your table!

With its rich Himalayan heritage, who knew this far-fetched treat would be loaded with nutrients too!

Lunguru comes from the edible fern family of “Diplazium esculentum.” According to the International Journal of Pharmaceutical Sciences and Research, this edible fern is known for anti-inflammatory activity. Folklore has long spoken of its medical properties, but scientists have proven its benefits.

In addition, this fiddlehead fern is a package full of vitamins and minerals such as Vitamin A, Vitamin B complex, potassium, iron, calcium, magnesium and many more. But let’s delve into the world of village folklore for a bit. Did you know that the village folk of Himachal and Uttarkhand also use it for the treatment of cough, asthma, fever, dyspepsia, stomachache, diarrhea and epilepsy and its leaves are used for relieving constipation and is antibacterial. Now, that’s a serious health package in a delicate wild fern of the mountains!

Make it Your Own

If you are lucky enough to visit a mountainous region like Dharamshala, then be sure to ask for it at a place that serves traditional Pahadi cuisine.

For experimentalists, go ahead and try get some fiddle head ferns from the market- just remember to cook it well. There isn’t a lot of spices that go into it. You could clean it up, remove some of the fur on it and chop it into small to medium size pieces. No onion needed- just keep it simple and quick. Fry some vegetable or mustard oil. Add hing (asafetida) if you have it. Then add a spoon of cumin seeds, turmeric powder and chilli powder (optional). Add the vegetable and cook till well done. Near the end, add 2-3 spoons of yoghurt and mix and cook a little more. Don’t forget to add salt, and you are all done!

There are variations of this recipe, but this is simple and tasty. It goes well with naan, roti or bread- maybe even as a sandwich stuffing!

If you would like to see a more traditional recipe or learn about traditional pahadi cuisine, delve deep into The Indian Journal of Traditional Medicine. This is a great resource for the slowly fading cuisine of the mountains.

It’s time to admit that to this day, the flavor of “Lungru,” still lingers on the taste buds, and I wish that all our guests who visit Dharamshala get a taste of this snowline fern.

In fact, I wonder how many of you have visited Dharamshala and how likely are you to explore Himachali cuisine. Never? Always? Would love to try?

Is there another local dish that speaks “Pahadi,” to you in just one bite? We would be happy to add to our list of “one bite” traditional dishes. For now, I will leave you with the lingering mood of Lungru in a little poem and a little keeper that you can get here:

“As old as the mountains
The Pahadis gather it quick
Before the snow sets in
Before the winds pluck it
Savor, savor its delicate zest
Lungru of the valleys, peaks and foothills
Delight of the offbeat travelers’ quest
Satiate their hunger and give them rest”